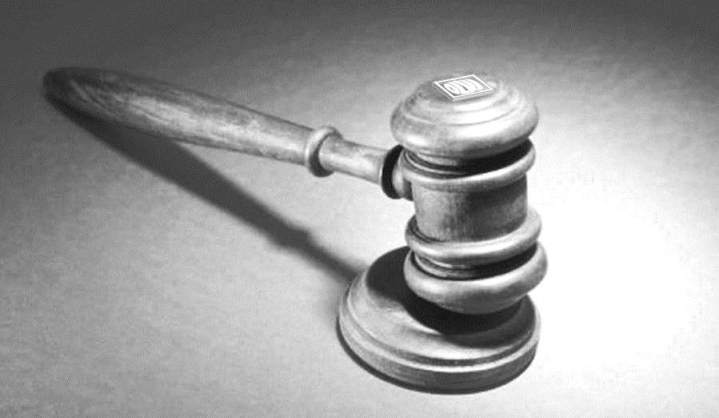 The Company’s line of business is the manufacture and sales of malt and soft drinks, mineral waters, ciders and other alcoholic beverages, other products related to the food industry, as well as associated services and transport operations. The Company may own real estate and securities, trade in securities and engage in other investment activities. The Company can practice its operation itself or indirectly through its subsidiaries and partner businesses.

Article 5)  Board of Directors

The administration of the company and the appropriate organisation of its operations is the duty of the Board of Directors, which shall include at least four (4) and at most six (6) members. The Board shall elect a Chairman and a Vice Chairman from amongst its members. The Annual General Meeting shall elect the Members of the Board for one year at a time. Minutes shall be kept at Board meetings and signed by all of the members present.

The company has a Managing Director who is appointed and discharged by the Board of Directors.

Article 7) Signing for the Company

The Company has at least one (1) and a maximum of three (3) auditors, who have to be auditors or auditing firms approved by the Central Chamber of Commerce of Finland. If one (1) auditor, who is not an auditing firm, has been elected for the company, a deputy auditor needs to be elected. The auditors shall be elected for one year at a time.

Article 10)  Notice to convene the meeting

The notice to convene a General Meeting shall be published as a stock exchange release and, should the Board of Directors so decide, published in one widely circulated newspaper of the Board of Directors’ choice and posted on the company’s Web site no earlier than three (3) months and no later than three (3) weeks before the General Meeting, in any case no later than nine (9) days before the record date for the General Meeting referred to in Chapter 4, Section 2(2) of the Limited Liability Companies Act.

In order to attend the General Meeting, shareholders must register themselves with the company no later than on the date specified in the notice to convene the meeting, which may be no earlier than ten (10) days before the meeting. Furthermore, the provisions of the Limited Liability Companies Act pertaining to the right to attend a General Meeting of a company belonging to the book-entry system shall be observed.

The Annual General Meeting shall consider the following matters:

4) deciding upon actions called for by the profit or loss indicated in the adopted consolidated balance sheet;

5) deciding upon the granting of discharge from liability to the Members of the Board and the Managing Director;

6) deciding upon the use of the annual profit, as well as the distribution of dividends and the date thereof;

7) deciding upon the number of Board members and auditors;

8) deciding upon remuneration of the Board members and auditors;

9) electing the Board members, and

In case of a rights issue in which the number of Series K shares is changed without amending the Articles of Association, the decision shall only be valid if supported by shareholders who have at least seven tenths (7/10) of the votes cast and the shares represented in the meeting.

Article 13) Votes and rights to dividends

The Company’s accounting period begins on 1 January and ends on 31 December.

A Series K share can be converted into a Series A Share at the request of the shareholder or, with regard to nominee-registered shares, at the request of the custodian registered in the book-entry register of securities, provided that the conversion can be exercised within the minimum and maximum limits for the share series. A conversion request shall be addressed to the company in writing and shall specify the number of shares to be converted and the book-entry account in which the book entries corresponding to the shares have been registered. The company may request a note to be made on the shareholder’s book-entry account to restrict the shareholder’s power of transfer during the conversion procedure. The company shall notify the Trade Register of the post-conversion changes in the numbers of shares in each share series.

The conversion request can be presented at any time, except after the Board of Directors of the company has made a decision to convene the General Meeting. A request made during the period between said decision and the next General Meeting is considered to be received and will be considered after the General Meeting and any record date following the meeting. A share conversion request can be cancelled until the notification of the conversion has been made to the Trade Register. After cancellation, the company shall request the removal of any note restricting the power of transfer from the shareholder’s book-entry account.

A Series K share will become a Series A share after the Trade Register entry has been made. The party making the conversion request and the administrator of the book-entry register shall be informed of the registration of the conversion.

The Board of Directors shall issue further guidelines on the implementation of the conversion, if necessary.

If a Series K share is transferred to a new owner outside the company or to a Series A shareholder, the transferee shall immediately notify the Board of Directors thereof, and the shareholders of Series K shares are entitled to redeem all transferred shares in this series, subject to the following restrictions and conditions:

1) The right of redemption shall not apply to acquisitions based on inheritance.

2) If several shareholders with redemption rights wish to exercise their right of redemption, the Board of Directors has to arrange for the shares to be distributed among such shareholders pro rata their existing holdings of Series K shares. If the distribution of shares is not even, the remaining shares shall be distributed by lot among those seeking to redeem the shares.

3) The redemption price is a price agreed by the transferor and the transferee, or if the acquisition is without consideration, the actual value of the shares based on the company’s financial statements.

4) The Board of Directors shall inform the shareholders of Series K shares of any transfer of shares within one month of the transfer notice. Notification shall be provided by registered mail to each shareholder at the address that they have submitted to the company’s share register. The notification shall specify the redemption price and the latest date by which a demand for redemption has to be made.

7) Any disputes concerning the right of redemption and the redemption price shall be submitted to settlement by arbitrators in accordance with the Arbitration Act (967/92).

8) This Section shall not apply to Series A shares, and thus it has to be recorded on share certificates corresponding to Series K Shares as well as under these shares in the share register, and on any temporary certificate and subscription coupon.

Article 17 )  Amending the Articles of Association

The Articles of Association may only be amended by decision of the General Meeting supported by shareholders who have at least two thirds (2/3) of the votes cast and the shares represented in the meeting.

Any dispute between the company on the one hand and the Board of Directors, any member of the Board, the Managing Director, the auditor or a shareholder on the other, shall be settled in arbitration pursuant to the Arbitration Act.

The acquisition of a Series K share by way of a transfer requires the consent of the company.

The decision on the consent shall be notified in writing to the applicant within two (2) months of the delivery of the application to the company.

This Section shall not apply to Series A shares, and thus it has to be recorded on share certificates corresponding to Series K Shares as well as under these shares in the share register, and on any temporary certificate and subscription coupon.